[Yet another unpublished letter to the Cape Times. DRL]

Terry Crawford-Brown’s latest apoplexy regarding Arab Jews living in Israel is insightful. The least of which is the lengths to which Anti-Semitic bigots will go in their attempt to explain away the problem of Jewish refugees. Accusing Jews of being responsible for their own persecution in Arab countries after 1945 is really the work of a troubled mind, one which undoubtedly conjures up the dystopian absurdity of a global conspiracy in which Jewish support of Hitler, resulted in World War II and where the creation of the state of Israel is really a massive plot to escape guilt for the murder of 6 million Jews at the hands of International Zionism.

Brown’s half-truths mixed with fable need serious scrutiny since the facts speak for themselves. While he is probably right to suggest that in 1945, roughly 1 million Jews lived in relative peace in the various Arab states of the Middle East, many of them in communities that had existed for thousands of years, he is blatantly wrong in asserting that these refugees were complicit in the confiscation of their own property, some 100,000 square kilometres of deeded property, by Arab governments. It was the Arabs who rejected the United Nations decision to partition Palestine and to create a Jewish state and it was because of the ensuing discrimination, racism and anti-Semitism in Algeria, Libya, Morocco, Tunisia, Egypt, Syria, Yemen and Iraq. that the Jews of Arab lands became targets of anti-Zionist fervor.

As Egypt’s delegate to the UN in 1947 chillingly told the General Assembly: “The lives of one million Jews in Muslim countries will be jeopardized by partition.” The dire warning quickly became the brutal reality, ” relates Aharon Mor & Orly Rahimiyan, the authors of “The Jewish Exodus from Arab Lands”. The same political brinkmanship can be seen in the remarks of Essam el-Erian, a former adviser to Egyptian President Mohammed Morsi, who recently called on Egyptian Jews to return home to Egypt so they can “make room for the Palestinians to return [to Palestine], and Jews return to their homeland [each group of Jews to return to its respective Diaspora “homeland”] in light of the democracy” evolving in Egypt. “I call on them now. Egypt is more deserving of you.” NOTE: Morsi is on record as referring to ALL Jews as “bloodsuckers” and the “descendants of apes and pigs”.

Like Saddam Hussein in 1974, when he called on Iraqi Jews to return, to have their citizenship reinstated, and their confiscated property returned without any guarantee of human rights, Brown wants to turn the wheel of history back 65 years, in the process also depriving 1 million Russian Jewish refugees “of dubious” origin, of their right to freedom of religion. It is the kind of racist politicking that relegated South Africa’s various ethnic groups to the independent homelands, while denying them basic human rights in the land of their birth. These Russians are no less deserving of human rights and yet Brown would rather support a political movement which has consistently failed to offer any such guarantees. To date, neither the PLO nor Hamas possess a Freedom Charter guaranteeing fundamental human rights.

Whatever ones views on the problematic states of Israel and Palestine, and whether one supports statehood or not, as South Africans it is incumbent upon us to seek out the truth, to expose the lies wherever they may be and to call for a peaceful and just settlement of the dispute, one which has been ongoing for almost three quarters of a century and which has claimed hundreds of lives on either side.

NOTE: Jews were stripped of their citizenship in Egypt, Iraq, Algeria and Libya; detained or arrested in Algeria, Yemen, Syria, Libya, Iraq and Egypt; deprived of employment by government decrees in Egypt, Iraq, Libya, Syria, Yemen and Algeria, and had their property confiscated in all of the Arab lands except Morocco, according to Justice for Jews from Arab Countries. Anti-Jewish riots were widespread. 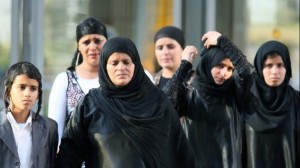